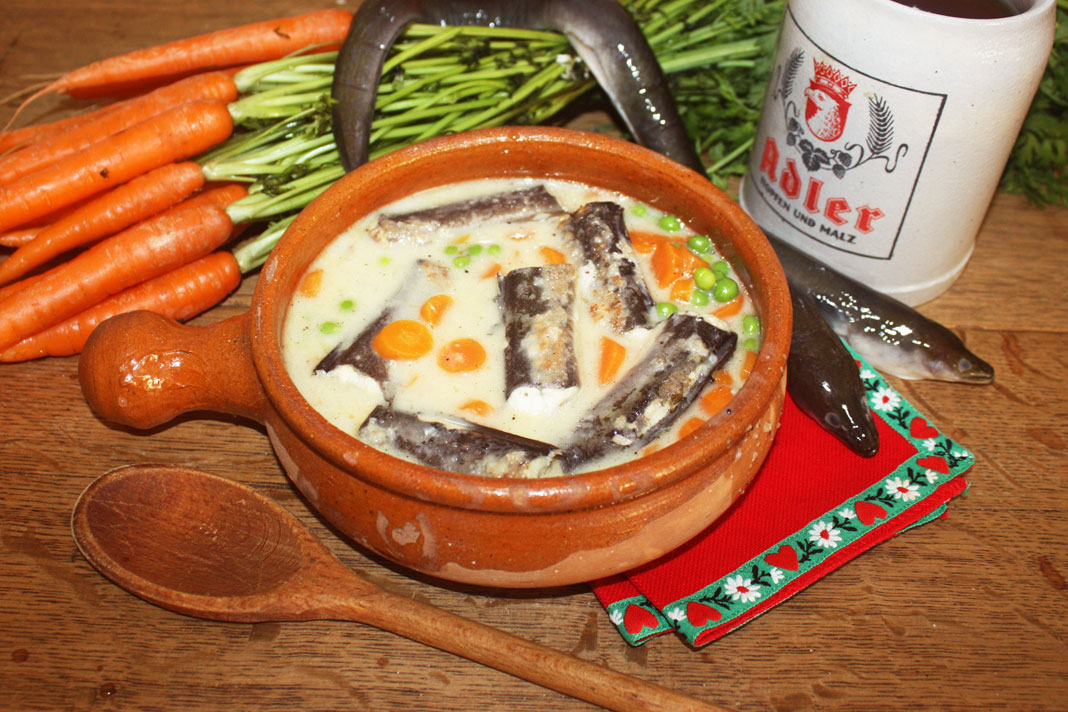 Links to the book are at the end of the post.

She became Germany’s most famous cookbook author; and she even has her own museum. The “Praktisches Kochbuch” became a standard in German households during the late 19th century and the ealry 20th century.

Smoked eel is a traditional dish where I live (the Netherlands) and I’m a big fan. I never had cooked and baked fresh eel though! And I love it. What a nice firm texture. It is also has little to no “fishy” taste or smell. I think a lot of people that do not like fish; will like eel.

In this German eelsoup recipe the European eel is used. I think it probably will work with American, Japanese, Southern African and New Zealand longfin eel too. If they are not on the “critical endangered” list.

I used small eels; max a fat thumb thick. You leave the bones in them and chew the flesh of the spine and bones. If you have a big fat eel you can cut the spine and bones out before using it (filleting). Although in this cookbook they often skin eels; in this recipe the skin is left on.

The soup can be served with a chunk of bread or a slice of bread toasted in a pan with butter. If you want to eat it like they did in 1845. The soup already has quite some butter in it; so you could also toast your bread in a toaster or oven. You can also put a bit of mustard on your toast or bread.

A German eelsoup with carrots and peas from the year 1845.

Books on the recipe of eelsoup:

German version of the book on Kindle, hardcover and paperback.