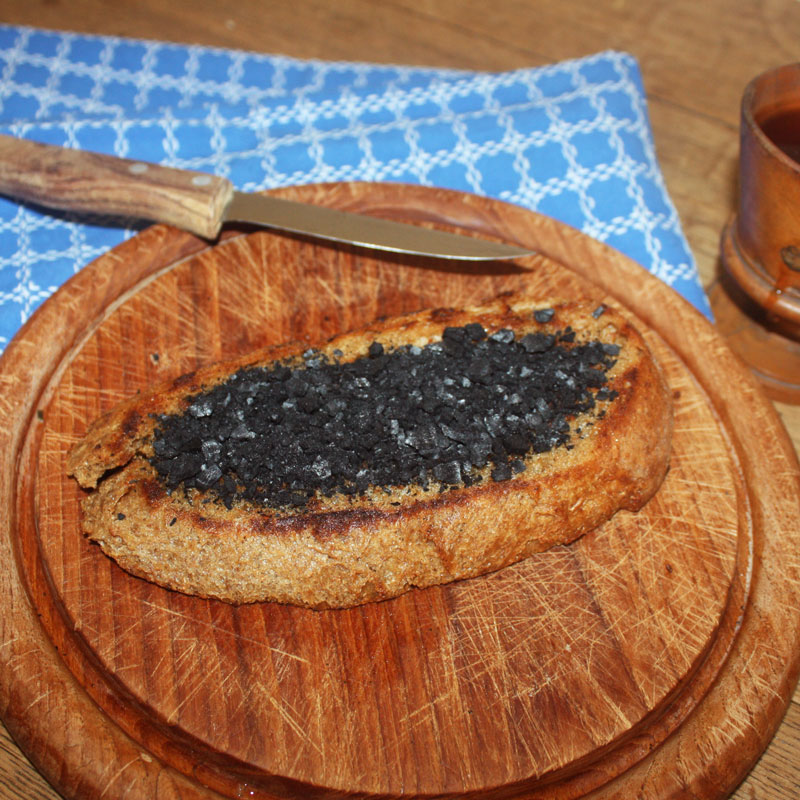 Digging through archives in search of old (European) recipes; you come across a lot of recipes that are forgotten for a reason. Flamingo, crane, lark, whale and other animals we are not allowed to hunt anymore..or some recipes are just “why?”. Why did it excist in the first place.

This recipe for toast with chimney soot was found in a French cookbook from 1651; Le cuisinier François by François Pierre de la Varenne. The French kitchen by a guy named French. A link of the book is posted below.

In the original French recipe it is called “ramequin” with chimney soot. A Ramequin is a small porcelain or glass pot for 1 person. Hence I can imagine it translates as a “small dish for one” in this context. The Dutch title is “heard-butter” with chimney soot. I am not sure if that reffers to the butter used; or was a name for a piece of bread prepared in butter or something.

This recipe is not recommended for actual consumption. Although charcoal biscuits are still a thing; invented in England in the early 19th century to get rid of too many farts and still sold today in alternative medical stores for an healthy digestive system, I would not eat soot from your chimney or BBQ etc. That’s just not healthy.

It makes you wonder if they ate this at that time for health reasons too; but since it’s a recipe in a cookbook and not a medical book they probably just liked the taste. I wonder if the chimney soot also tasted a bit like the many meats that were prepared in the fireplace. If it had a smokey flavour. I might lick my chimney someday.

The yummy recipe for toast with chimney soot.

A recipe from toast with chimney soot from 1651.

Where did you get that?

The cup is a communion chalice/cup/goblet from the 2nd hand store.

New wooden communion cups are on sale at Amazon too