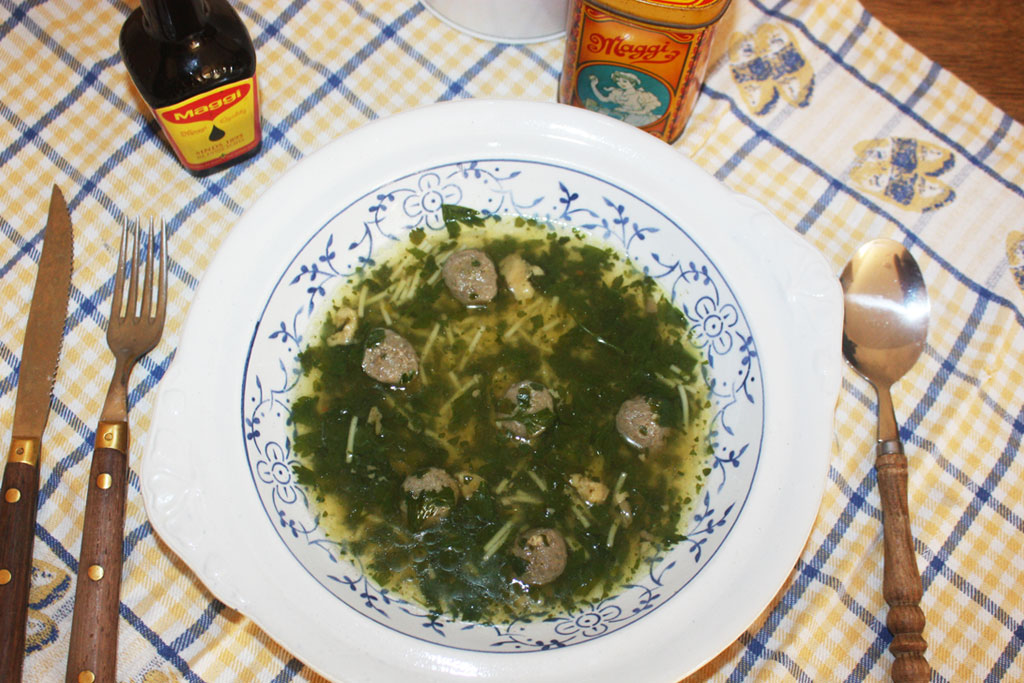 Parsley has been used in the European kitchen since.. well.. I don’t know since when. I know it was used a lot in the Roman kitchen; so probably since before that. Wikipedia says the old Greeks used it too; mainly to cure a hangover.

I used the traditional (local) Dutch way to make this parsley soup. I used flat parsley for the soup; not the curly one. Since traditionally the flat parsley is used. I do sometimes put some curly parsley in it though; because it is cheaper. But it is also less flavourfull. But technically you can use both.

This soup became really popular in the beginning of the 20th century. Most people were still very frugal; not only because they were poor but it was a Christian-social virtue. Making something from little. And parsley soup has always been an example of that.

The increased popularity of parsley soup was also made possible with the cheap and easy modern inventions bouillon/stock cubes and vermicelli that the Dutch company Honig and the Swiss company Maggi brought to us.

Instead of making balls you can also use leftover beef meat. I also added 2 pieces of bone with marrow from beef. Add the bone marrow 7 minutes earlier then the rest.